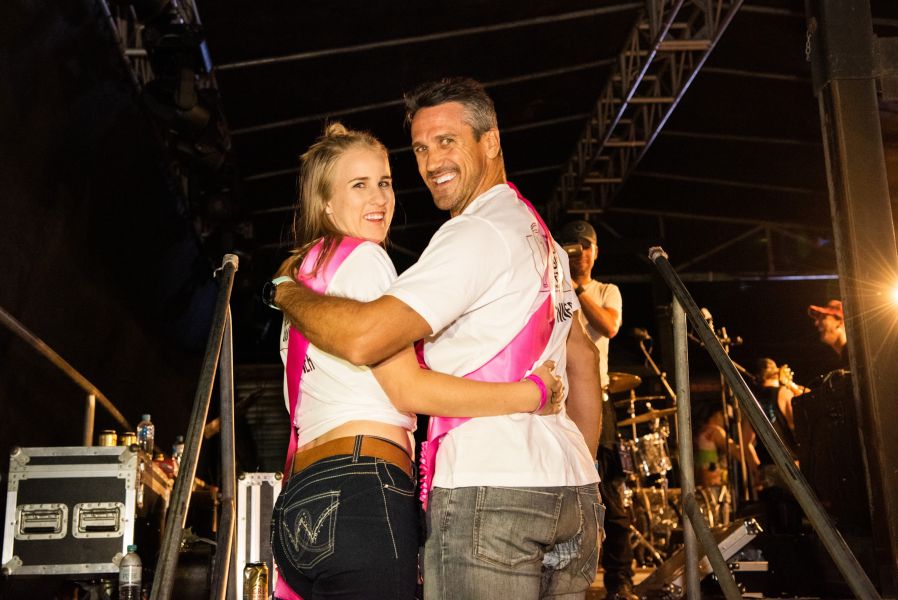 When a power outage during a headlining concert threatened to derail Saturday night activities in 2004, quick thinking committee members pull some unsuspecting audience members on stage to shake it for the crowds. The rest was history.

The cheeky competition requires competitors to wear jeans and get their booties shaking in front of a large crowd – with the winner determined by the butt that can elicit the loudest cheer from the audience.

In 2019 more than 30 denim-clad competitors took to the main stage of the Julia Creek Dirt n Dust Festival to shake what their gave them to vie for the coveted title. Two cheeky individuals stood out from the line-up and proved that they had the buns, hun.

While showing off this best “”, Lee suffered a wardrobe malfunction as his favourite pair of jeans ripped right down the middle. Lee, of course, didn’t let that stop him from out-twerking his competition to claim victory.

“This is the best moment of my life,” joked Lee. “I’ve worked so hard for this for many many years. My parents are going to be so proud of me. I came here for one reason and that was to win the Best Butt 2019.”

Maddie, who travelled to the Festival with friends, said she had no idea what she was getting herself into.

“My friend said you should enter the Best Butts so I said ‘why not?’ and here I am,” she said. “My mum would be so proud. It’s better than graduating uni. I had a ball, I had such a good time.”

Stephen Malone, President of Julia Creek Dirt n Dust Festival jokes, “Lee might have survived Survivor but his pants didn't survive Australia's Best Butt, which is understandable - a weekend out here in the heart of the Outback is tougher than any season of Survivor. Especially when you're vying for Best Butt.”

Another year, another bum bites the dust.