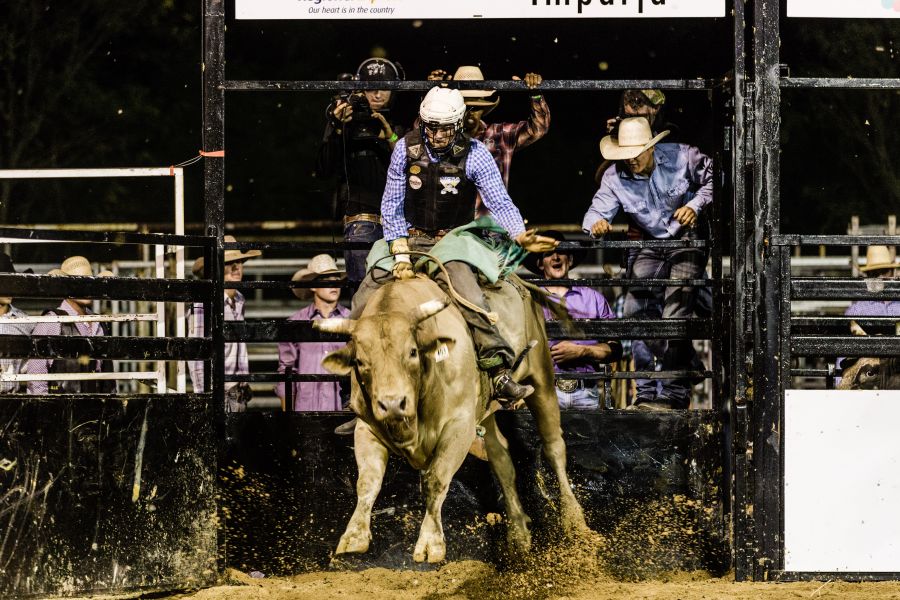 For the first time in the 16 year tradition that the Dirt n Dust will have international riders at this weekends 25th anniversary event.

The Festival has secured three international bull riders from Brazil to compete for the coveted Dirt n Dust PBR title, a qualifier for the June Cup.

Flávio Vinícius da Silva, Robinson Guedes and Maycon Moura all hail from the South American country of Brazil, to Australia to join the ranks of our internationally acclaimed bucking Outback cowboys.

“I have been riding bulls in Brazil when I was younger,” says Maycon Moura. “My passion for bull riding has always been very big and that's why I originally sold my companies in Sweden and moved to .”

Brazil is one of the premier bull riding countries, with three of the World Top 10 - including current World number one - from the country.

“What a milestone for our 25th Anniversary,” says Dirt n Dust Committee President Stephen Malone. “Not only do we have international riders competing for the first time they are also competing so a special anniversary Champion Buckle.”

“This is a once in a lifetime buckle to win, with a 25th Anniversary design. Our local boys better bring their if they want to keep this special piece of history, I hear they breed them pretty tough in Brazil!”

Local Julia Creek rider Harry Bridges will also be competing on the weekend, as well as PBR Australia’s number one and two ranked Cody Heffernan and Aaron .

While 2018 champion Justin Paton isn’t returning to ride, his brother Michael will ramp up sibling rivalry to see if he can claim the prize this year.

“It’s going to be a historic bull ride this year,” says Stephen. “This one is not to be missed.”